This article is all about download Cydia apps from Cydia App Store to an iPhone, iPad, or iPod Touch that has been jailbreak. People who have never heard of Cydia should read this article carefully because it guides you to download paid apps from Cydia App Store for free to an iOS device. For those who are already using Cydia, you should continue to read this article too because it gives you some awesome tips to update Cydia, reinstall Cydia, and also tell you what are the best Cydia sources in the market now. You can’t find these tips elsewhere in this world.

Cydia is a third-party application that enables a user to install any premium apps on iPhone, iPad, and iPod Touch for free. It is an independent installer developed by Saurik (Jay Freeman) in 2008. Cydia App Store works similar to Apple App Store but it hosts many jailbreak apps that Apple does not allow their users to install to any iOS device. There are tons of apps available in Cydia App Store where oneself can download to their iPhone and customize to their liking. For example, an iPhone 5S user can download Springtomize 2 from Cydia App Store and customize the phone according with preferred theme and icons. 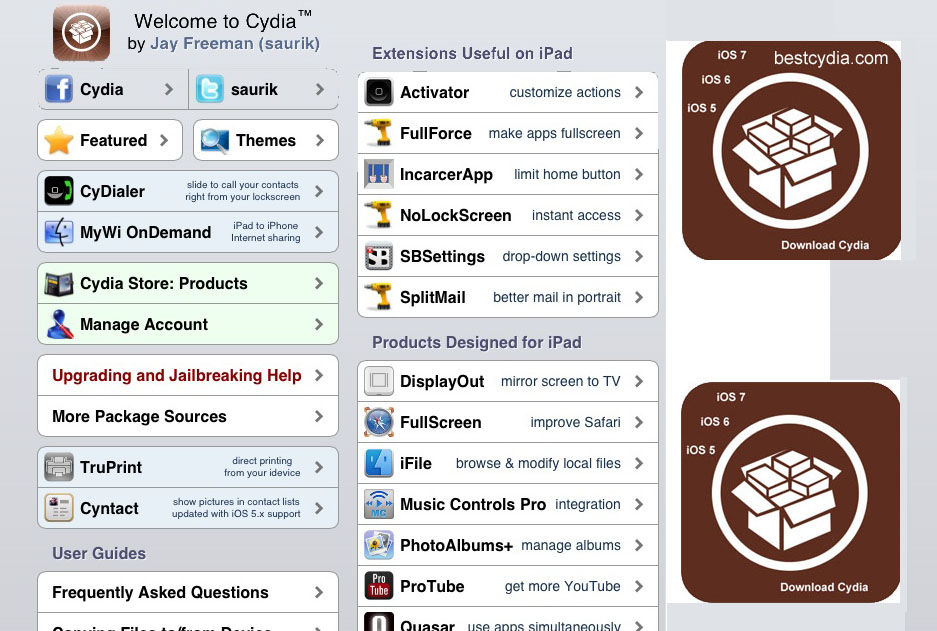 You should have installed Cydia and jailbreak your iOS device until you’ve read this. In order to install the app you want from Cydia App Store, you will have to install the related Cydia sources which is also known as Cydia repositories or simply Cydia repo. There will be a few default Cydia sources available in your Cydia such as BigBoss and ModMyi. However, you need to add the new repo if the app you want is not available in these default sources. To add a Cydia repo, go to Cydia -> Manage -> Sources -> Edit -> Add -> Enter the APT URL. Enter the repo you want to add then tap on Add Source. Return to Cydia once the repo is added.

Now you have added the repo that hosts the apps you want. Go to the repo and search for the app you want using the search bar. Tap on the app and run the installation. Most of the Cydia apps are free but there are also some premium apps available in Cydia App Store for a small price.