It’s quite tiring to download Cydia to an iOS device if you don’t know how to do it. Many people pay money to an expert to jailbreak and install Cydia to an iOS device. If you read all the information available in this page from head to toe, you can save a lot of money because the process to jailbreak and download Cydia is actually very easy. A complete tutorial to install Cydia to an iOS device is available here. The step by step guide presented here works on iPhone 3, iPhone 4, iPhone 5, iPad, and iPod Touch. On the other hand, the installation guide has proven works on iOS 4, iOS 5, iOS 6, as well as the latest iOS 7. It has been tested more than a 100 times and we believe it is going to work on iOS 8 when iOS 8 jailbreak is available. You will be able to access to infinite free Cydia apps and Cydia tweaks once you get it on your jailbroken iOS device.

The easiest method to download Cydia is to go through some ready made jailbreak software. As Cydia is a main dish in jailbreak cuisine, there are at least more than five popular jailbreak programs that come with Cydia but one that is highly recommended for iOS 7 is evasi0n.

Evasi0n or Evasion is one of the most famous jailbreak software because it is considered the first jailbreaker for iOS 7. Two months ago, Evasi0n released evasi0n7 which is a software to jailbreak all kinds of iOS 7 devices including iPhone 5S, iPad, and iPod Touch. You can install Cydia automatically with evasi0n7 if you have just upgraded your iOS 6 to iOS 7. To run evasi0n, you are required to download the app to your computer and run it with your iOS device connected. It works on both Windows and Mac but not Linux OS. A warning message about evasi0n will be appeared if you run it from a Mac. Just right-click the app’s icon and click “Open” if it happens. Click on the jailbreak icon and wait for the app to run by itself. Once your iOS device reboot for the last time, you will see Cydia installed and the lovely brown color icon will be appeared at the home screen. 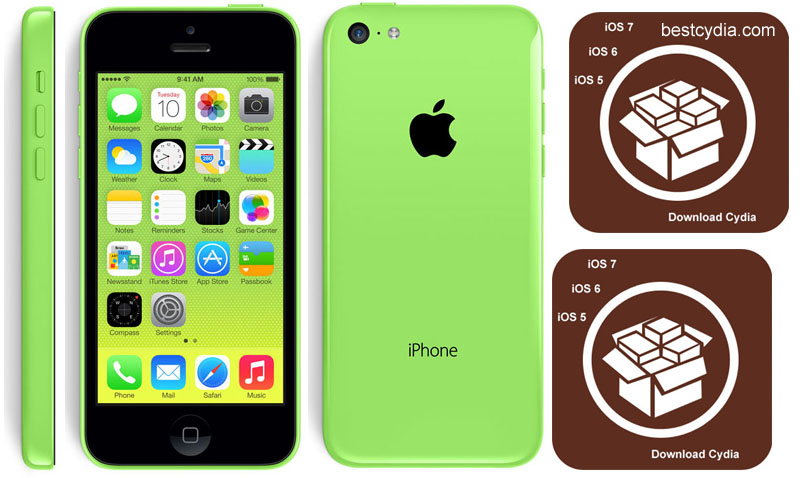 In case program like evasi0n is not suitable for your needs, you may install Cydia manually using the method share here. This method requires some advance knowledge about SFTP program. It has a few more steps compared to evasi0n but these steps are able to install Cydia on any iOS version. From iOS 4 to iOS 7, it works flawlessly.

Step 1: First of all, prepare a computer and download a SSH program (Mac users) or SFTP program (Windows users).  Filezilla or WinSCP is good for Windows users. As for Mac users, what else except Cyberduck? Next, jailbreak your iOS device. Proceed to step 2 if you already have a jailbroken device.

Step 2: Now you will need to download Cydia DEB file to your computer. Open a web browser and go to apt.saurik.com/cydia/debs/ and search (Use Ctrl + F) for cydia deb file. The file name is usually something like cydia_1.1.9_iphoneos-arm.deb. Download the latest version according to the updated date.

Step 3: Connect both your computer and iOS device together. SSH the Cydia DEB file you downloaded in step 2 to your device path at /private/var/mobile/documents/. On your device, access the path and you will see the Cydia DEB file. Tap on it and then tap Installer to run the installation. Last but not least, reboot your device and you are ready to download many free Cydia apps. You should first try the best Cydia apps.