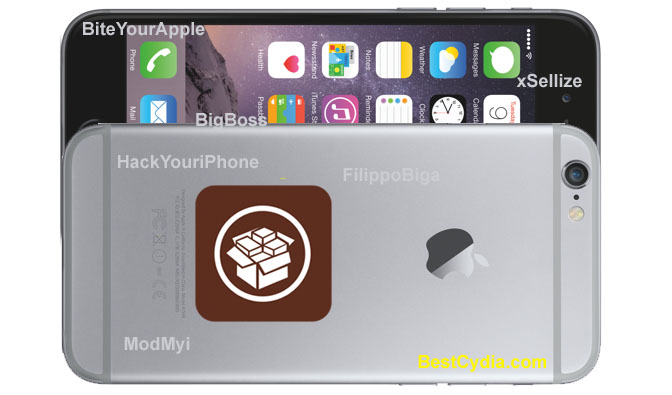 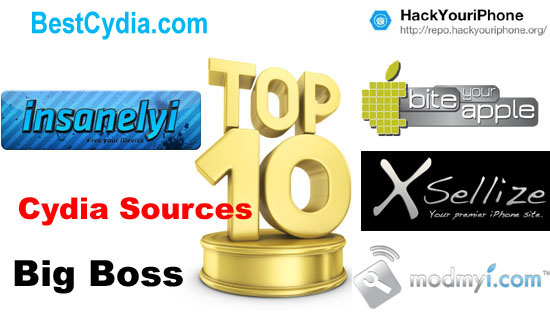 The first one to be mentioned in the top 10 list is definitely ModMyi. ModMyi is one very popular Cydia repo and there are reasons why it is one of the default Cydia sources. No one is allowed to miss this repo becuase ModMyi server is flooded with a lot of Cydia apps, tweaks, mods, themes, icons, and cool apps that help you to customize your iPhone or iPad.

Insanelyi is an insane Cydia repo that holds many apps, mods, and themes that let iPhone users to customize their phone. In 2014, Insanelyi repo has more than 8,000 packages including apps and tweaks available and the number is increasing. There must be a few packages that fit your needs, isn’t it?

Emulator Gamers! xSellize is a MUST for you! xSellize has been in the jailbreak community for quite a long time. This repo stands until today because of all the emulated games it hosts. A jailbreak users can download ROM packs from this repo and play any games they want on their iPhone or iPad. For example, NES, Game Boy, or Nintendo. This is one of the greatest Cydia sources if you want to play the ‘90s Super Mario on your iPhone 5S.

Sometimes we can roughly guess what a Cydia source has by reading the name. Sinful iPhone, what do you think? This repo is sinful because it gives you many paid apps for free. In additional, it has a lot of cracked apps, cracked games, wallpaper, and other tweaks from A to Z.

According to a recent study done by a local University, more than 40% of iPhone and iPad users spend their time to play games. If you are one of them, iPhoneCake is one awe-inspiring Cydia repo for you. iPhoneCake provides not just games but also unlimited cracked apps through an app called AppCake.

FilippoBiga is not a very popular Cydia source because it does not host many apps. However, it has to be mentioned at least once in this top 10 list because of the quality of the apps it hosts. Although this repo has less than a thousand apps, most of the apps are fascinating. You can find apps to customize your lockscreen, carrier logo, status bar, icons, and docks in this repo.

iSpazio is an Italian made Cydia source. It was originally available only in Italian but now this repo is made available in English. As this is a new comer in Cydia world, it hosts many latest apps and tweaks for iOS 7 device. Famous apps available in iSpazio are Apple Diamond, Artist SMS, Apple Wi-Fi Icons, and many more.

Big Boss or BigBoss & Planet-iPhone is one among the six most famous default Cydia sources. BigBoss definitely has something special that almost every Cydia device has this repo. More than a thousand Cydia apps is available in this repo. In case you delete this repo by mistake, you can re-add it again with the repo URL here.

Except BigBoss, HackYouriPhone is another Cydia source that receives “high load” on its server. The server is always overloaded so you might have to access the repo again if you fail to connect it for the first time. Apps and mods in HackYouriPhone are updated from time to time and you can always find the latest cracked apps here.

Except iSpazio, BiteYourApple is another famous Italian made Cydia source in the top 10 list. Hundreds of amazing apps, tweaks, and packages are available to download for free and most of them work on iOS 7 devices.